Book One of the Family Matters Series

Book One of the Chatsworth Series 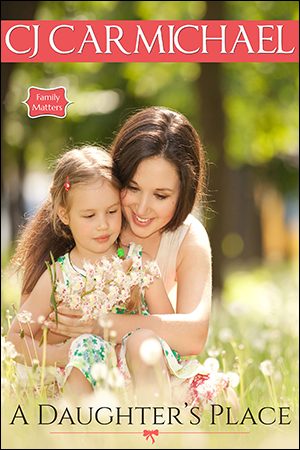 What’s a single mother to do when she’s run out of options?

After her father kicked her off the family farm because she was pregnant, seventeen-year-old Libby Bateson swore she’d never go back. She and her daughter, Nicole, have scraped by in the city for the past eight years, but when Libby discovers Nicole is being bullied and underperforming at school, it’s time to swallow her pride.

Going home isn’t easy. Libby finds the farmhouse neglected and filthy. Her father is a cantankerous hermit who won’t speak to her. Even Gibson Browning, the farmer next door whom she’d once had a crush on, is making her life complicated.

Gibson’s wife died two years ago and now he’s a single parent, too—raising a daughter the same age as Nicole. The hard working, good looking Gibson is a loyal friend and a loving father. Libby knows she could easily fall for him—which would be a mistake.

Because Libby can’t stay in Chatsworth for long. Not without risking exposure of the secret that could ruin her daughter’s life.

Note: This book was originally published in 2000 by Harlequin Enterprises Limited. 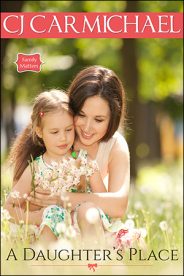 "Why do I keep telling you my darkest secrets?" Gibson asked. Libby considered. "I guess because we feel comfortable around each other."

"Oh, we do, do we?" His gaze was probing. "Is it just me, or am I the only one who's been doing the confiding in this relationship?"

She stared resolutely at the ground. "I've told you what I could."

He expelled his breath like a man who'd been hoping for more. "You're a hard woman, Libby Bateson. But I guess you've had to be."

Libby felt a shiver travel down her back at the accuracy of that last statement. It was almost as if he knew.

But of course he didn't. She'd told him she had money problems, but he couldn't realize that their situation--hers and her daughter's--had been close to desperate for most of the eight years she'd been away. He had no idea of the hardships she'd faced, yet he spoke as though he did.

Being with this man was more dangerous than she'd thought...

Find out more about the Family Matters, Chatsworth Series →

A Daughter’s Place is available in the following formats: