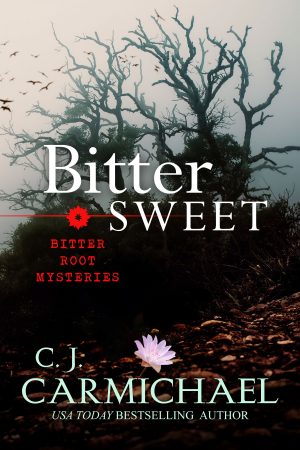 Local longtime librarian, Sybil Tombe, is missing, abducted from her home on the outskirts of the isolated ranching town of Lost Trail, Montana. An elderly neighbor reports seeing a gray-haired, bearded man driving up to Sybil’s house the night she disappeared. Newly-minted Sheriff Zak Waller can’t think of a less likely target for a crime. When an older man is reported lurking around a young girl at the local grade school, Zak wonders if this man could also be Sybil’s abductor? The descriptions of the men are similar—but what could be the possible link between a young girl and 60-year-old Sybil?

Peeling back the layers of Sybil’s life, Zak discovers Sybil is a master at keeping secrets, especially her own, and these secrets may now be threatening her life as well as the life of an innocent child. As Zak and his team work to uncover the truth, he also has to deal with issues in his romantic relationship with deputy Nadine Black, and mete justice to a respected town citizen who has been sheltering his criminal past for too long. 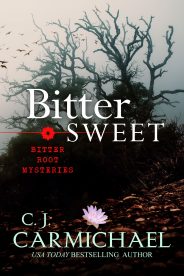 Sybil Tombe should have turned and ran the moment she saw the finished crossword on her kitchen table, curls of dried orange peel beside it. But her mind was elsewhere, mulling over the anonymous letter she’d received at work that day.

She’d opened the mail in the lull after the preschool reading circle, the chatter and laughter of children still echoing off the library walls.

The brief sentences brought a chill to the room. She’d shivered. Felt a stab of panic. Then told herself it was impossible.

She’d read the note again. It must be some sort of prank. To be on the safe side, maybe she should show it to Zak Waller—the town’s new sheriff—he had good instincts about these things. She’d see how she felt about it in the morning. For the time being, she shoved it into the bottom drawer of her desk.

A few customers came and went in the early afternoon. A new shipment of books arrived at the same time as a group of teenaged girls, whose teachers had asked them to read a book of their choice and write a review to share with the class.

“Can you help us find something interesting,” one of the girls asked.

“And short,” another added.

Sybil and her best friend Rosemary had been like them once, bonded by shared secrets and laughter and blooming desires. Now approaching sixty, they were still friends, but the giggles were rare.

Frankly Sybil’s giggles had been rare for a long time.

Since she’d moved back to Lost Trail, in her mid-twenties to be precise. She’d wondered if people would see the change in her. Remarkably they hadn’t. Or was it so remarkable? The longer she lived, the more Sybil understood how essentially self-centered most people were. Not from unkindness so much as the routine worries and busyness of their own lives.

At closing time Sybil went through the usual routine, powering down the computers, making sure the coffee machine was off and—most importantly—inspecting every room in the two-story structure, all the nooks and crannies, making sure no solitary reader, ensnared in a spell-binding tale, was accidently locked in for the night.

The early May day was still sunny and warm as she stepped onto the porch at six o’clock. Looked like the rainy spell was finally over. One door over, Debbie-Ann was locking up her Little Cowpokes Day Care, her young daughter waiting patiently beside her.

“Thanks for the story circle today. Thursdays are my easiest days thanks to you.”

“My pleasure. I love having all the little ones around.” In Sybil’s opinion, Debbie Ann, the sunny-natured single mom who’d started her day care business six months after Ashley’s birth, deserved all the help she got.

Sybil checked to make sure the deadbolt was engaged, then tucked her key in the special zipper compartment of her purse. Debbie-Ann and Ashley had set off north on Second Street, probably toward Justin Pittman’s house. Debbie-Ann and Justin—the town’s only lawyer—spent a lot of time together. Which made sense since they were two single parents and their daughters got along well.

Rosemary—who had recently discovered she was Justin’s biological mother—had confessed to Sybil that she hoped the relationship would become more. Sybil could see the merits. Neither Debbie-Ann or Justin had had an easy life since becoming parents, especially Justin who had recently undergone a successful stem cell transplant to cure his cancer. It would be satisfying if those two relatively young adults could build a happy life together.

Sybil appreciated the vibrant green of the grass and the budding new leaves as she walked the block and a half to Natural Grocers. For dinner tonight she was going to make coconut red lentil dahl, a big batch so she could put some in the freezer. At the check-out line she chatted with Elaine about the weather and how everyone would be anxious to put in their gardens now that the rain had finally stopped.

Such an ordinary day. A day like thousands of others.

She’d seen nothing unusual in the aspect of her modest bungalow as she approached her front door. She’d let herself in with her key, removed her shoes and set down her purse and the groceries before heading to her office to check her computer, where she hoped to find a message confirming plans for Sunday.

But she’d no sooner logged onto the site than a creak from the kitchen stopped her. She hesitated, cocked her head, wondered if she’d imagined the sound.

She decided to investigate. As soon as she crossed the threshold, she spotted the foreign objects among her everyday clutter; extra reading glasses, a box of tissues, a withering poinsettia plant she hadn’t yet given up on.

She should have known. The crossword. The orange peels. Slowly her brain worked to build the necessary connections…and then she saw the teddy bear propped next to the toaster on her counter.

And suddenly the meaning of these things was crystal clear.

There was the sound of breaking glass. And then an arm grabbed at her waist, pulling her back into a solid mass of muscle and bone. Briefly she inhaled the smell of unwashed hair, perspiration.

His other arm snaked around her neck in a relentless chokehold.

She heard her name as she gasped for breath.

Black spots danced in her eyes. Her vision narrowed.

Find out more about the Bitter Root Mysteries →

Bittersweet is available in the following formats: