Book Three of the Chatsworth Series

Heather Sweeney has always wanted a baby. Unfortunately, she’s in love with a married man, so her chances don’t look good. Then one lonely night she turns to T.J. Collins, who always seems to be there for her when life is at its lowest. A few weeks later Heather discovers that she’s about to get her greatest wish—but with the wrong man.

Heather and T.J. decide to marry, which makes perfect sense. Even if they’re not in love, they’ve known each other forever. But it doesn’t take long before Heather begins to feel as if she’s married a stranger.

Somehow—for the baby’s sake—she has to find a way to make her marriage work. Especially once Heather discovers she may have married the right man after all. 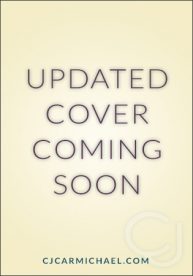 She’d made a mistake coming to the bar. This place wasn’t going to cheer her up. She didn’t even feel like drinking.

Heather Sweeney eyed the glass of vodka and orange juice in her hand and wondered how her life had come to this point. She was too young to feel washed up, but that was exactly how she did feel. A thirty-five-year-old, widowed school-teacher who loved children but would probably never have any of her own.

Not based on the current state of her love life. Or the state of her uterus, either, according to her doctor. She couldn’t claim to be surprised by the results of the ultrasound they’d discussed at her appointment yesterday afternoon. In her family women tended to develop uterine fibroids at an early age, which was why she’d ended up an only child even though both her parents--like her--adored children.

So far, the non-cancerous growths in her uterus were small enough that she could probably carry a baby to term if she were to become pregnant soon. But there was precious little opportunity for that to happen. She hadn’t even gone on a date for about four months.

And while the small-town bar was almost full tonight, there wasn’t a potential husband in the lot. A few middle-aged women were crowded around the VLT gambling machines in the back, while a gang of young men--probably barely drinking age--played pool at the other end of the room. All the tables in between were full of the farmers and miners who lived in and around this town. Most had either a wife or a girl friend with them. Several she recognized as parents of either current or past students.

Not a decent-looking, single guy in the lot.

Heather tilted her glass, watched the liquid slide over the bobbing ice cubes. Why had she come here?

She’d had other options for her Saturday night. Her best friend, Adrienne Jenson, had invited her to watch a movie with her family tonight. But it was too soon after her depressing appointment with the doctor to see Adrienne’s three little boys--three!--laughing and playing and tumbling around.

She could have opted to spend the evening with her parents. But they usually played cards with the Thomson’s on Saturday nights. Five was definitely a crowd when it came to bridge.

And so, because she couldn’t stand to spend the night alone at her house, because there was no place else open on a Saturday night in Chatsworth, Saskatchewan, she’d ended up here. At the town bar. Alone.

The door opened, and she swung around on her bar stool in time to see Libby and Gibson Browning stroll in holding hands. The couple looked ridiculously young to be the parents of four kids--two girls from previous relationships and two little boys of their own. Their girls, Allie and Nicole, would be in Heather’s class this year. The couple stopped to say hi to her before joining a table of their other friends.

I’m going to finish this drink, then head home, she promised herself. She lifted the glass to her mouth and took several long gulps. One more swallow would have done it. But she lingered just a few seconds too long. Trenton MacDonald, the town leech and drunk, sauntered into the bar and headed her way.The stool next to hers was empty, and of course, that’s where Trenton sat. By smell alone she could tell that whatever he ordered would not be his first drink of the evening.

Trenton wasn’t a bad guy. When sober, he was quiet and shy, and he did manage to eke out a living on the half section of land his father had left him. But when he was drinking, he imagined himself quite a ladies’ man.

“Must be my lucky night. Sittin’ next to a pretty little red-head.”

Yeah, it was his lucky night, all right. Definitely not hers. She finished her drink. Set down the glass.

“Can I buy you another, Miss?”

He touched her arm and she pulled away, averting her gaze. Thank heavens he didn’t seem to know her name. They’d never met, but you could never tell in a small town, who had heard of whom. “Actually, I was just leaving. Thanks for the offer, though.”

She glanced at him then, and felt a stab of pity. Greasy hair, poor teeth, bad skin. The man was skinny and his fingernails were dirty. Good grooming was all it would take to make him presentable. Hadn’t his mother taught him anything?

“But the night is young.” He put his hand back on her arm, this time holding tight. “Jerry,” he signaled the bartender. “Bring her another, and a draft for me.”

Though his grip on her arm was unrelenting this time, Heather wasn’t afraid. She was in a public place, surrounded by neighbors who had known her for most of her life. “I’m sorry, but I really am tired.”

She attempted again to pull away, but Trenton only moved in closer. She smelt his foul breath and tried not to grimace.

The door opened again, only this time Heather couldn’t turn to see who was coming or going. Trenton had her pinned tight, his body effectively blocking most of her view.

“Trenton,” the bartender said. “I think the lady wants to go home. You’d better let go of her arm.”

Yeah, because it was starting to hurt.

“But we ain’t had a chance to get to know each other yet.”

Heather had decided it was time to forget about the poor guy’s feelings and go for a knee in his groin, when suddenly a hand clamped down on Trenton’s shoulder.

She glanced up at a man who was about as different from Trenton as a man could be. Tall and strong, good looking with thick dark hair and perfect teeth. And he didn’t smell bad, either.

“Hey there, T.J.” She’d known him all her life. Been in the same classroom from grades one through twelve. That didn’t mean she felt hugely relieved at having him ease her out of this sticky situation. In some ways T.J. posed more of a risk to her than Trenton MacDonald ever could.

Trenton’s hand dropped from her arm. He slunk back onto his bar stool, with a slightly fearful aspect, as if he was worried he was about to get hit. But once he’d backed off, T.J. didn’t even glance in his direction again.

“Ready to go home?” he offered her his arm and after a slight pause, she took it.

People had been watching the drama with interest, a few of the men on the ready in case she really did need help. But T.J. had beaten all the wanna-be-heroes to the punch. Now they returned to their drinks and conversations, not paying much attention as Heather walked with T.J. out into the evening.

She breathed deeply, taking in the fresh bite of spring air with pleasure. In the pale moonlight, the white grain elevator across the street seemed to glow. She felt T.J.’s hold tighten slightly, and shivered.

“Thanks for helping me out in there.”

There wasn’t quite enough light for her to read his expression. She unlinked her arm and took a backward step.

“Sure. You go on ahead. Don’t let me interrupt your plans.” He must have been going to the bar for a reason. Maybe he was meeting someone.

“I’ll walk you home.” He stepped forward and offered his arm again.

She wanted to say no, yet couldn’t find her voice. T.J. Collins had been back in Chatsworth for a few years now. He’d left his high-powered law partnership in Calgary to take over the Handy Hardware from his father. In all that time, she’d barely spoken to him. Despite their history, maybe because of their history, the man made her way too uncomfortable.

He started walking, taking her with him. Their strides matched, and they moved in perfect silence, something Heather couldn’t imagine doing with anyone else. Normally she tended to be a chatty person, however small talk had never worked to her advantage with T.J.

Unfortunately, the lack of conversation only made her more intensely aware of his physical presence at her side. Of the breadth of his shoulders, the lightness of his stride, of his scent, and the warmth of his arm against hers.

Though he’d never been to visit, he knew which house was hers--a two-bedroom bungalow in the middle of quiet, residential Mallard Avenue.

He waited for her to unlock the door. She didn’t turn on the light, just stepped over the threshold.

“Thanks again, T.J.” She knew she should draw back once the words were out, but she let his gaze trap her. They stood, in the dark, on her landing, the scent of sweet lilac from the shrubs on either side of them clouding her senses.

He didn’t say a word to her. Not a word. Just reached for her. And suddenly they were kissing with the instincts of lovers who knew each other very well.

Find out more about the Chatsworth Series →

Order links for For a Baby coming soon!