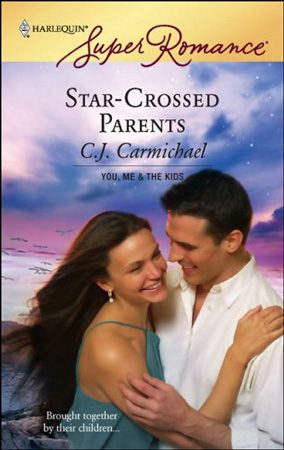 Who says history can't repeat itself?

Few people can say they’re starring in a real-life version of Romeo and Juliet. And single mom Leigh Hartwell certainly doesn’t want to play the role of disapproving mother. But when her daughter runs off to New Hampshire for a boy she’s met over the Internet, it’s a discomfiting reminder of Leigh’s own past…

The problem is Sam Wallace, the boy’s father, and his ridiculous notion that love conquers all. Worse still is that Sam could be a pretty darn good (not to mention attractive) distraction for Leigh. But how can Leigh think about herself when her daughter is about to make the worst mistake of her life? 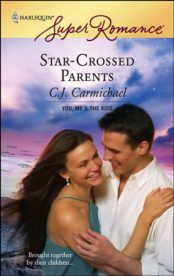 Leigh showed up for dinner a fashionable fifteen minutes late, to find that she was the last to arrive. Sam let her in and accepted the bottle of wine she’d brought.

He looked good, in his jeans and T-shirt—both so faded, Leigh could tell they’d be soft to the touch. Why hadn’t he changed anything in his house or bought any new clothes since his wife died? Was he still in mourning?

The way he looked at her, though, it didn’t seem like he was thinking of his departed wife. She brushed her hands over her skirt and started to slip her feet from her sandals.

“Keep them on. The floor’s a little cool in the kitchen.” He led her past the living room where Robin and Josh were engaged in some sort of computer game. Taylor was looking a little bored until she spotted her mother, at which point she put a hand on Josh’s shoulder and leaned in toward the monitor.

“Good one, Josh,” she said, as something exploded in a series of brilliant flashes.

“Hey, Ms. Hartwell.” Josh’s eyes didn’t leave the screen, nor did Robin’s as he added his own brief hello.
“Boys will be boys,” Sam said with an apologetic shrug.

In the kitchen his sister was chopping vegetables, U2 was on the sound system and a bottle of wine had been opened and poured. “How’s that salad coming?” Sam peered over his sister’s shoulder. “Can’t you chop any faster?”

“Don’t worry about my salad. Concentrate on your steaks. Shouldn’t they be done by now?”

Kate shot her brother a look.

“Hey. I don’t want them overdone.” Sam turned down the volume on Bono, then handed Leigh a glass and told her to make herself at home while he put the meat on the outside grill. He grabbed a package from the fridge, then headed to the patio.

“It smells great in here.” Leigh perched on a stool feeling very much the outsider, despite Sam’s easy hospitality and Kate’s welcoming smile. Kate looked so at home in her brother’s kitchen, it was clear they did this often.

“You and your brother seem close.”

“We always were, but since the accident even more so.” Kate brushed peelings from a cucumber into the trash. “Do you have any siblings?”

“A younger sister. She and her husband and their three kids live in Boston near my parents.” Leigh took a sip of wine. “We don’t see each other often.”

Understatement of the year. She and Taylor made the trip to Boston once a year at most and even that felt too often sometimes to Leigh.

“Why? Boston isn’t that far from New York, is it?”

“We all have busy lives. My parents are both GPs and Pauline and her husband are doctors, too.”

She’d sidestepped the real question, as she usually did when the subject of her family came up. Her unplanned pregnancy had changed a lot of things in Leigh’s life, including her relationships with her family.

Her mother and father seemed to think they should have a say in every decision she made, no matter how trivial. And her sister was almost as bad. She was always asking how Leigh managed without a husband and offering to set Leigh up with one man or another. She couldn’t accept the fact that Leigh was happy being single.

That she preferred being single.

“I hope you’re ready, Sis.” Sam opened the sliding door to warn his sister. “I’m pulling the steaks off, now.”

“Good timing.” Kate tossed the vegetables she’d been chopping into a bowl. “Leigh would you call the kids to the table, please?”

In the living room Leigh found Josh and Robin still playing their game. Taylor was asleep next to Josh, but she sprang to her feet at the mention of dinner. She and Josh sat next to each other, holding hands under the table. Sam served the steak, while Kate passed around salad, fresh bread and steamed broccoli.

Kate looked amused. “I’m glad you think so. Robin, how about you? Don’t you think the broccoli looks fantastic, too?” She handed the bowl back to her son who reluctantly added a spear to his plate.

Josh, Leigh noted, ate nothing green. Not the broccoli and not the salad, either. His father, sitting at the head of the table, didn’t seem to notice or care. Sam’s plate, on the other hand, was piled high with everything. Before starting to eat, however, he raised his glass in a toast.

“To our visitors, Leigh and Taylor. Welcome to the Wallace Sunday dinner.” He glanced around the table, his gaze pausing when it landed on Leigh.

Her breathing turned shallow, her stomach tightened. She wanted to object to Sam’s toast, to point out that they were only here because of the very poor judgment of two young adults. But there was a warmth in Sam’s expression, and a challenge, too, and both felt personal, as if they had nothing to do with Josh or Taylor.

Was her daughter’s boyfriend’s father hitting on her?

“So how’s work going, Josh?” Kate asked. “Did Lorna call you about the shower for her daughter? It was a last minute idea, but I told her I thought you could handle it.”

“Thanks Aunt Kate, but I had to turn that one down. Not enough lead time. I promised Taylor I’d take her to the beach next week.”

Sam cleared his throat. “Do you think it’s wise to turn away work like that when there are bills to pay?”

“Maybe you’ve got it covered because I’m not charging you any rent. But that won’t go on forever. Remember our deal.”

Robin turned to his uncle, interrupting whatever Sam had intended to say. “Can we turn on the game after dinner, Uncle Sam? The Reds are playing Montreal tonight.”

“Hey.” Josh tossed a bun at his cousin. “I haven’t finished kicking your butt at Super Mario.”

Sam didn’t seem bothered by the boarding house manners, but Kate frowned. “Josh. No throwing food at the table, please.” She turned to her son, who’d been about to retaliate. Robin took a deliberate bite from the bun in his hand, then smiled. Kate shook her head at his antics. “Maybe we should pick a game the whole family can play. We have that new board game from Christmas.”

“Watching baseball is something we could do together,” Robin persisted.

“I don’t hate them. I just rarely have the time for them. Besides, I don’t recall you ever turning on the sports network at home.”

“I watch baseball all the time at Kerry’s.”

“At least I recognized Josh’s father when I met him. You still don’t know who he is, do you?”

Leigh swung her head in Sam’s direction. To her surprise he looked a little sheepish. She glanced at Kate next. Her expression was more difficult to read.

“Sam was a pitcher for the Cincinnati Reds, Mom.”

“He was really famous,” Robin added. “Want to see his scrapbook?”

“Robin—" Kate held out a hand to stop her son, but she was too late. He’d already skidded out of the dining area in his stocking feet. He returned a moment later with a thick, leather-bound scrapbook. “My Aunt Susan made this,” he said proudly.

But the proud teenager had already handed her the book and Leigh couldn’t resist taking a look. On the very first page a picture of a younger Sam stared up at her. He was wearing a ball uniform and he looked...Wow. There was no other word.

She flipped through a few pages. They were dozens of articles and she skimmed the headlines.Workhorse Wallace takes Reds to the World Series; Sammy Holds ‘Em...blanks Tigers for seven innings.

“Sammy Wallace.” Saying the name quietly to herself, even Leigh recognized it. Damn it. She’d thought he was just the owner of a corner gas station, but he’d been a pro-ball player. A famouspro-ball player.

Kate cleared her throat and Leigh realized that everyone had stopped eating and was watching her. “Sorry.” She set the book aside and picked up her fork. She speared a piece of meat, then paused before putting it into her mouth.

She looked at Sam. “Why didn’t you tell me?”

Wouldn’t most men be proud of a past like that? Before Sam could answer, his son interjected.

“It was a long time ago. Could you pass me another steak, Aunt Kate?”

“That’s enough baseball for tonight, Robin. Can’t you think of something else to talk about?”

Robin sighed, obviously crestfallen. His uncle was clearly his hero. Interesting, though, that Josh didn’t seem equally proud of his father. Even Kate appeared rather ambivalent about her brother’s fame.

Star-Crossed Parents is available in the following formats: