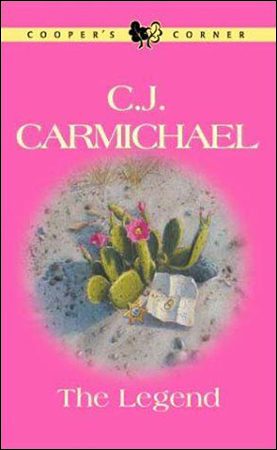 Since childhood, Kerry Dumas had been in John Eagle‘s blood…a piece of his soul. But the deputy sheriff fought his obsession, believing, from bitter experience, that his native heritage put the beautiful geologist out of his reach. Now Kerry wanted him to guide her through Nevada’s Black Rock Desert. Just the two of them…

Kerry was determined to find the treasure her parents had died trying to reach–to put the past behind her before saying yes to a fiance she felt obliged to marry. But once alone with John, Kerry could not longer deny what her heart had always known. John loved her…and he was the only man she’d ever wanted. 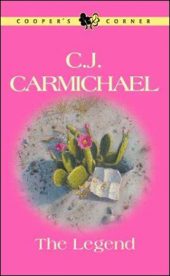 Well, Kerry was as stubborn as ever. John wished he could find the trait annoying. Instead, he admired it.

He’d always loved her spirit, her courage, her willingness to put her whole heart into everything she did. He couldn’t believe she was here, in his cave--it couldn’t be coincidence.

So was it fate? Or had Zach conspired to bring them together? He thought of their conversation in the bar, that warning about Kerry’s upcoming engagement and knew that couldn’t be it.

"Here." He passed Kerry a stick of beef jerky. She poked a bare arm out from the sleeping bag, her smooth tanned shoulder gleaming. Already her hair had started to dry and lay like cashmere against her skin.

If this was fate at work, then what a cruel fate it was. He needed to forget about Kerry Dumas. He'd come here to plan his future without her. Now he was faced with her company in the intimate confines of this cave, in the midst of a desolate wilderness.

That she was close to naked inside that sleeping bag--her cotton briefs and bra on bold display in front of him--was the final, ironic twist to the entire setup.

"Fine." He helped himself to a stick of the jerky. "I was going to brew tea. Want a cup?"

Kerry had the basic supplies in her pack, but he chose to use his own. Over the years he'd been coming here, he'd collected a variety of cooking implements, including a concave stone he used for boiling water. Into this he placed some of the herbs he'd gathered that morning.

"Those look interesting. Nothing narcotic, I hope,” Kerry said, watching him.

For the first time in days, John felt amused. "As if I would dare pull a stunt like that with a woman who wouldn't even touch a cigarette."

She remembered right away, and made a face at him. "They were vile-smelling."

He had to laugh. She'd been twelve, and it had been a dare, and he knew it had killed her to back down. He'd found the half empty package buried in some straw while they were cleaning stalls, fallen from the pocket of a ranch hand, probably.

The tea was ready. He poured steaming liquid into makeshift cups and passed her one. Again, he was favored with a view of feminine shoulder, the sharp line of her collarbone, the hint of swelling lower down...

She raised her eyebrows at him. "Yeah. Boiling liquids are like that."

It had been so long since they'd been alone together. He'd forgotten how she hated protective behavior. As the youngest in the Dumas clan, however, he knew she still garnered plenty of it from her family. And probably from just about every eligible male that she met.

Kerry was tall and fit, but her delicate facial structure made her seem fragile, and no amount of grime, or tough talk, or even ability, could overcome that impression. Add in the limp, a congenital defect that she refused to acknowledge, but which had to cause her a lot of pain and fatigue, and what was a man to do?

All his life John had wanted to look out for her. And she'd fought him every time he tried.

So why expect this time to be any different?

“Okay, we’ve eaten. Now let's look at the map." He bent over the yellow, stained document. And remembered...

Last time he’d seen this, he’d been eight. Kerry had been certain she’d found the yellow brick trail to a treasure trove of riches. And he’d been satisfied just to have a dream to hold onto. If only for a little while.

Over the years, he’d thought about the map and wondered. But by the time he and Kerry were old enough to make an honest effort of the job, Kerry was in private school and they hardly saw each other. And when she came home for the holidays, each time he was blown away by the changes in her. The emerging woman had excited him, but frightened him, too.

He knew who he was and who she was, and that there were certain fantasies that could never come true. It was more likely that he would find a carved chest full of gold and diamonds than that he could ever have Kerry as his woman. He'd known this truth all along--and so he'd hidden his feelings. But, fool that he was, he hadn't stopped dreaming.

The Legend is available in the following formats: