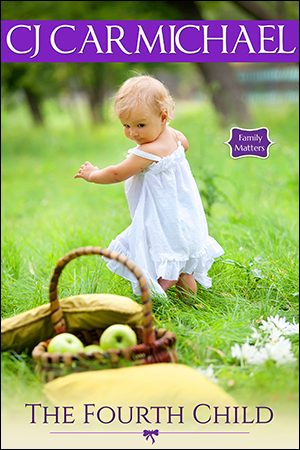 A Family In Jeopardy

From the outside Claire Ridgeway looks like she has it all—a handsome, successful husband, three young, healthy daughters, a beautiful home in Toronto and a cottage in Lake Country. But Claire knows there are fissures in her marriage that could threaten everything. Even so, she’s shocked when Kirk announces he’s in love with another woman. Turns out his late nights at work have been spent wining and dining this other woman.

Shattered by Kirk’s revelation, Claire is sure her marriage is over and when Kirk suggests counselling she wonders if there’s any point. But with so much at stake, shouldn’t she at least try? Not just for her and Kirk’s sake, but for their daughters…and the fourth child Kirk doesn’t even know she’s expecting. 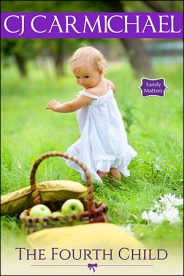 Riva Sharp's office was both cozy and professional in appearance. The walls were lined with bookshelves and a desk was tucked discreetly behind an intimate arrangement of a sofa and several chairs.

Kirk was sitting in one of those chairs when Riva opened the door. Claire felt her heart thud at the sight of him. He looked so handsome, so calm and assured. How was that possible?

He was dressed in a navy four-button suit, with a pale blue shirt and one of his jazzier ties. Somehow she knew he hadn't procrastinated in front of the mirror, as she had, trying to decide what to wear.

Despite the fresh coat of lipstick, her lips felt dry and she smiled at him, before she turned to the counselor. Riva seemed to be in her early forties. Black hair streaked with silver, warm eyes like toasted pecans, and a wide smile. She was wearing a full-skirted cotton dress that swished around her legs as she walked. On her feet she had on Birkenstocks, her toenails unpainted.

"Come in, Claire. How was the drive? Would you like a coffee?"

Amused, Claire sat on the sofa, vaguely aware that Kirk had risen, then seated himself again. Two mugs already sat on ceramic coasters on the low table in front of them, next to a glass bowl of paper-wrapped candies. A moment later, a third mug was placed on a new coaster in front of her.

"There you go, Claire. I'm so glad you could make it."

How genial everyone was behaving, as if this were a simple social gathering. Claire set her purse in her lap and folded her arms over it. Riva took a chair on the other side of the sofa. If someone had drawn lines connecting the three of them, the result would have been an equilateral triangle. Perfectly balanced, Claire thought, with no biases. Another omen?

"So how are you doing, Claire?" Riva leaned forward over her thighs.

"I've been better." Now, there was an understatement.

"Yes. I'm sure you have. Kirk explained your situation to me over the phone. And we had a few minutes to talk before you arrived. Now it's your turn. Is there anything you'd like to ask me before we get started?"

"Does therapy really save marriages?" She hadn't meant to be so blunt, but wasn't that what she needed to know? She didn't want to go through weeks of meetings if there wasn't any hope.

"Therapy can help. It usually does." Riva sat back in her chair, her expression suddenly stern. "As for saving a marriage--well, that part's up to you. Up to both of you." She glanced at Kirk, then turned to Claire again.

"Do you want to save your marriage, Claire?"

The abrupt question caught her off guard. "I think Kirk should answer that first."

Wasn't it self-evident? Surely Kirk had told her the fundamentals of their situation. "He's the one who's fallen in love with someone else."

For the first time since she'd walked in the room, Claire angled her body so she faced her husband, and looked at him, really looked at him. He met her gaze with resignation. Or was it sorrow?

"Isn't that right?" she demanded, wanting him to say so out loud, in front of the therapist.

For a long moment he didn't answer. Then his chest rose with a deep, indrawn breath, and he nodded. "Janice and I had an emotional connection that Claire and I have been missing for a long time. That's true."

Jealousy, more potent than any venom, shot through Claire's bloodstream. Channeling the emotion into anger, she retaliated quickly. "Well, it's pretty hard to have an emotional connection with a man who's never home."

Kirk didn't defend himself, and in the ensuing silence, Riva spoke cautiously. "I understand your anger, Claire. But have you seen the positive aspect of this situation?"

"Positive aspect?" Up until this moment Claire had reserved judgment on the older woman. Now she had to wonder at Riva's sanity.

"What I'm getting at," the therapist continued, "is that Kirk told you about this woman before the relationship progressed to a fully intimate stage. That has to tell you something, Claire."

What the counselor wanted her to say was obvious. That Kirk's honesty was a sign he cared about the marriage. If they were talking about one incident only, Claire might be more prepared to agree. But Kirk had deceived her for months. He was an adult; he'd known what he was doing.

"It says he was feeling bloody guilty!"

She took a shallow breath, then continued. "As he should have. The fact that he didn't sleep with her doesn't make it any less wrong. He fell in love with her!"

Riva's expression was noncommittal. Didn't she get it?

"For months he told me lies, neglected our kids, spent all his free time with her. So what if they didn't actually have sex? And so what if guilt finally made him admit the truth to me? He should never have let the relationship progress as far as it did."

She was raving. Claire knew it, and she tried to calm down, but damn it, she felt the counselor was making excuses for Kirk.

"You may not think my husband's had an affair, and maybe technically he hasn't. But in his heart--" she glanced at Kirk, meeting his gaze "--he's as guilty as sin and he knows it."

Kirk held her look; the only indications that he'd taken in her words were the paling of his complexion and the tightening of his lips.

After a few moments of silence, Riva finally spoke. "Do you have anything to say, Kirk?"

He cleared his throat and shifted his gaze from Claire to Riva. "She's right. I let my relationship with Janice stray out of bounds. And I knew what I was doing. I can't justify it, beyond saying that it made me happy to be with her."

No! Did he have any idea how that hurt?

"I can see that upsets you," Riva said quietly. "What's wrong, Claire?"

"I'm the one he's supposed to be happy with."

"But are you happy with me?" Kirk countered. "It doesn't feel that way. When I come home, all I sense from you is disappointment. I don't even have my foot in the door and I know you're already angry at me."

"There's a difference between my being angry when you come home late from work and your having an affair!"

Kirk's expression was cold as he replied, "I suppose there is."

He was unbelievable! Claire wanted to walk out of the room right then, but Riva leaned over and placed a hand on hers. "An affair doesn't have to mean the end of a marriage."

Claire thought about that for a minute. "You mean you get couples where one of the partners was actually sleeping with someone else and they end up staying together?"

"It happens all the time. More often than you might think. There are reasons, good reasons, for keeping a marriage together. At the same time, affairs do happen. Sometimes, the partners can get past it. Sometimes, they can't. Often, it depends on the basis for the marriage in the first place. Are the spouses well matched? Do their share values and interests?"

Once, Claire would have said yes to those questions. Now she thought about the hours Kirk put into work. He was consumed by his need for success. Had he consciously placed his work goals ahead of the needs of his wife and children?

"Kirk's job has come first for a long time now."

"That's not fair," he retaliated. "Just because I don't work nine to five doesn't mean I don't love my family."

"Doesn't it? When was the last time you went to one of the kids' soccer games? You couldn't make Daisy's dance recital in June."

"Had he? Or maybe he'd just been spending more time with Janice. Claire wondered why she was sitting here. Listening to him was just making her more angry. More resentful. "There's always some excuse, isn't there?"

"You don't appreciate the pressures of my job."

"I've told you I'd have no problem with you hiring a cleaning lady."

A cleaning lady? The man just didn't get it. "God, Kirk, I'm three months pregnant and you haven't been around enough to notice!"

Find out more about the Family Matters Series →

The Fourth Child is available in the following formats: